What do you do after a REALLY long day? Imagine…You were woken up at 6am by a worried looking driver who, despite nobody giving you a start time, is expecting you to be ready to go…NOW! You race to the venue and find that the “five or six” members of staff you are told will be attending your training was clearly misinterpreted somewhere. There are 90 teachers eagerly awaiting you; you have thirty minutes to re-plan before the day begins; everybody wants to talk to you, meaning that you have zero minutes to rethink. You want to scream, “Give me a minute!!!” You know that you are a guest in their country. Be polite!

It’s 35 degrees outside and all the ceiling fans seem to do about it is laugh hot air in your face. You somehow re – plan, smash the training and finish at 5pm. You’re exhausted and you don’t know how you’ve made it this far. As you prepare to get home for tea, you are accosted by (what seems like) hundreds of kids all wanting to hold your hand and learn about you. A few hours later and they are called in for the evening. Finally, you get to drag your carcass back to the guest house as the darkness is closing in over the village. So, what do you do after a day like that? Well… if you are a learning geek… you “have a little sit” and do an alphabet reflection. 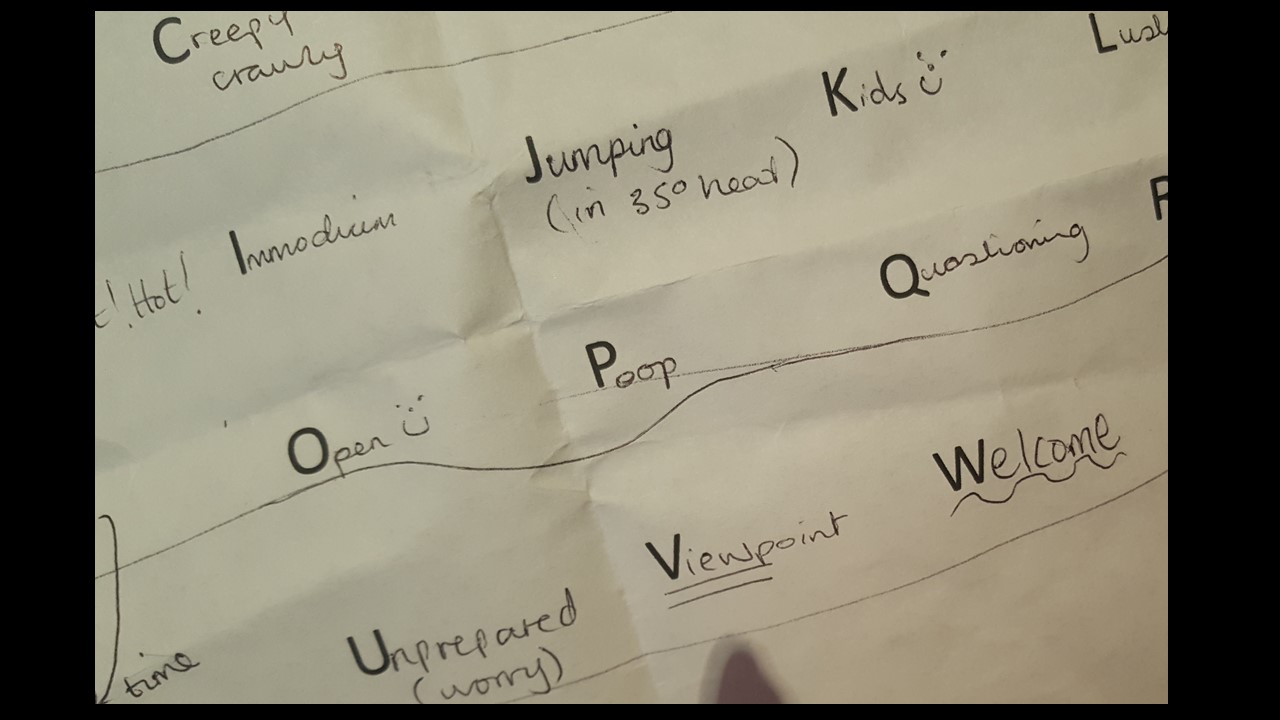 Crista and I had a mad, crazy, fun and bizarre time in Ghana. Every day, we learned so much more about the country, the culture, the people, the SOS villages, the community schools, the politics, the religion, the languages… there is no way that we could have even scratched the surface of this place in two weeks but we had a bloody good try. Most days were of a similar speed to that described above. It was crazy! The days were long, hot and packed full! We loved every minute! However, with very little down time, we looked forward to our daily reflection.

The alphabet reflections had travelled with me as a “just in case” resource. I had no idea what I was walking into and (in true supply teacher style) felt safer having brought pretty much everything with me. On day one (the day detailed above) we were so frazzled that we just needed a moment. I happened across the reflection sheet while sorting out resources and suggested we gave it a go. We sat in silence for about fifteen minutes filling in whatever word came to mind for each letter. We looked through photographs and notes, not talking just having a sit and a think. Once we were both finished, we spent time comparing each letter, thinking about what we thought, felt and learned over the course of the day. It was amazing therapy. We never missed a day and the results of our reflections can be seen on the image below. 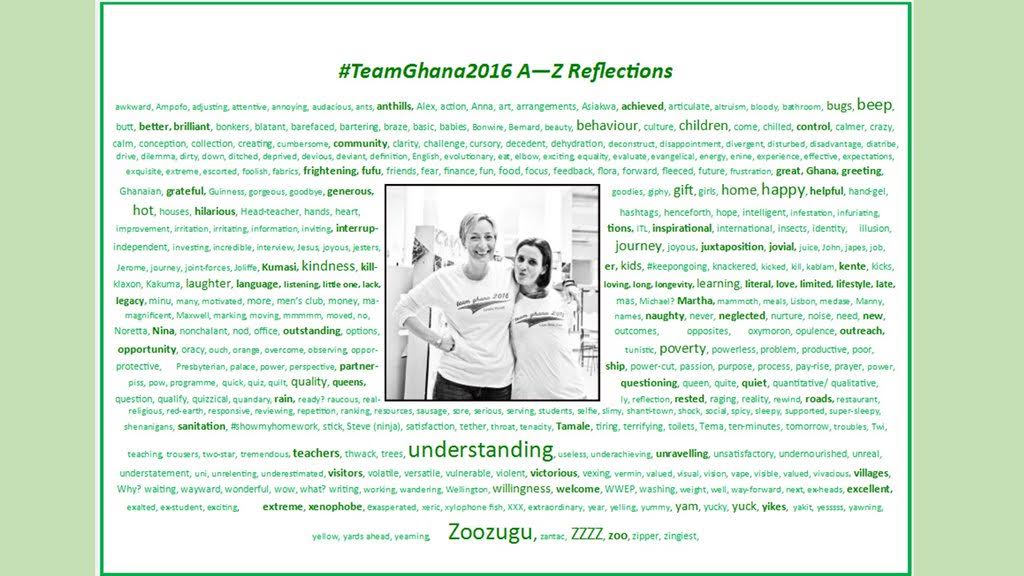 This image was created, not by an app, but by painstakingly going through each letter. The more the word was used, the bigger the word appears. Even this process was fantastic for reviewing and reflecting upon what had happened out there and how much we both benefited from the experience. I’ve used this process in lessons with pupils to reflect upon topics but never for myself. It seems contrived and geeky but it helped Crista and I immensely. It supported our relationship as we listened to each other, learned about how we were each feeling and compared our experiences.

I’ll leave you guessing what was going through our minds with half of these words but let me assure you that neither one of us regretted taking this leap!