Recently, @janehutchison and I spent more time than we care to remember micro analysing our English curriculum. Our aim was to create a more consistent approach to teaching reading, writing and communication across the department and indeed across the whole school. One of the many outcomes of this work was GAP SPLITT.

Based on a technique that I poached from BBC Bitesize in my NQT year (GAP LIST), GAP SPLITT allows pupils to recognise the different elements that make up a complete piece of writing and supports them when they are planning their own work. LIST was changed to SPLITT after pulling apart the way that each English teacher approaches topics and a consistent approach that worked for us was agreed upon.

Last week, I introduced my new classes to GAP SPLITT. As this strategy is still in its infancy in the school, the newly constructed groups of pupils will have different experiences of being taught GAP SPLITT and so I needed to differentiate the connect activity to first of all reach every pupil, no matter where their starting point, and secondly to be able to note down for myself pupils’ starting positions.

Using @beetlebug1’s clarify, prepare, share strategy, outside the room I left the pupils’ starting question, very simply, “What do you know about GAP SPLITT?” Inside the room was displayed the following: 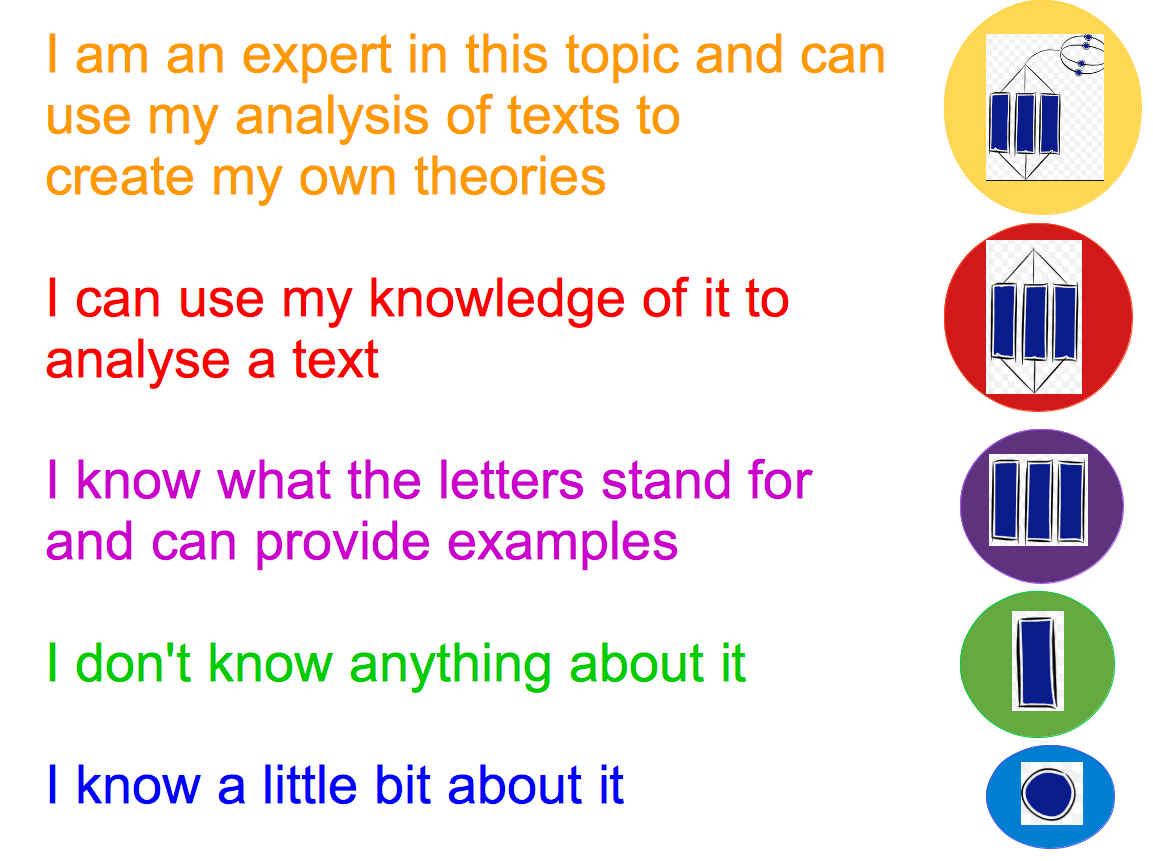 Pupils were to use the connect question and the image to decide their starting position for this lesson. This was also pupils’ first introduction to the SOLO levels that will become the basis for them taking control over their own learning throughout the coming year. Lacking in confidence at this point, most pupils judged themselves at the uni or multi structural levels. It is a starting point…time to move on up!

As it was about to become pupils’ own responsibility to gather their knowledge in this lesson, their new information came in the form of my expectations for independent enquiry. What good learning looks and sounds like; the expectations of great team work and of using the learning resources made available to them. Having only had a few lessons with me, pupils are still finding their feet and I am fully expecting imperfections. In fact, I am counting on the imperfections…

In teams of four, pupils were given an A1 sheet of paper with the following drawn on: 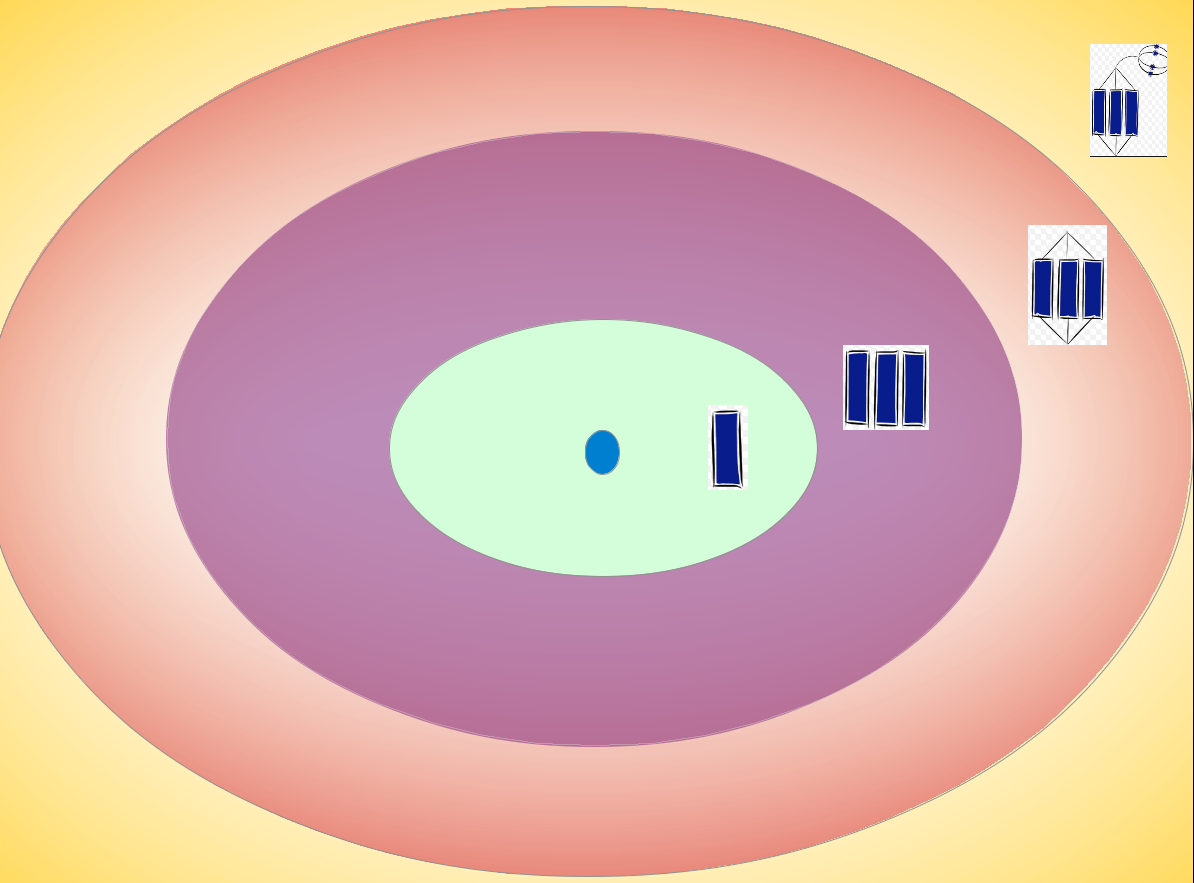 Written on the whiteboard were the following prompts:

Uni: Find out what GAP SPLITT stands for

Multi: Gather information for each letter of SPLITT. Use the folders

Relational: Find one page in chapter one that you can apply your new knowledge to. Ask yourself, “What are the author’s intentions and how are they achieved?”

EA: Use your analysis of chapter one to discuss how the feeling of the reader may be altered if elements of GAP SPLITT were changed.

Stuck to the wall at the front of the classroom were envelopes with each of the titles from GAP SPLITT on. The envelopes contained information specific to each title. For example, the language envelope contained explanations of verbs, nouns, adjectives, adverbs etc as well as the different groups of discourse markers and their purposes. In the techniques envelope were explanations of a whole host of writing techniques such as alliteration, onomatopoeia, sibilance, imagery and so on. I did not remove the more difficult terms nor did I remove the simple ones. Pupils were to decide for themselves what they already knew and what they still needed to learn.

Pupils set about investigating GAP SPLITT independently, using the prompts on the board for guidance. As much as I would have loved to, I didn’t sit back with a cuppa thinking, “my work here is done.” I did stand back but only to observe, listen, take photographs and prepare for my next part. As I said earlier, I was counting on imperfections in behaviour.

After about ten minutes, I stopped the class and displayed the first photograph on the board. This was a photograph of a group who were not displaying good group work behaviours. One keen girl had taken over the writing, leaving two boys having a chat about their Science lesson. They occasionally joined in as they went to get the next piece of information from the envelope but, once it was retrieved, they settled back into their conversation.

The looks on their faces when I repeated their conversation word for word were priceless! Alongside the photograph, they were able to see that their learning behaviours were poor. Comparing this to a group who were working well together, we made a list of what I should be seeing and hearing.

To further prove that positive learning behaviours are worthwhile, I asked the boys from the photograph what they had learned. They had very little to say. I asked the girl in their group what she had learned and her response was far better. I then asked the group that had displayed positive group skills and who’s conversation had included questioning each other and their responses were superior still. The class agreed that positive learning behaviours, including the use of effective questions resulted in better learning. Pupils continued to gather information, with a marked improvement in their behaviour.

There is a great deal to learn under each of the headings. The envelopes that I used in that lesson were full to the brim of different elements of each heading and, with the best learning behaviours in the world, the class were not going to get through it all in one day. The aim was to introduce GAP SPLITT, establish a starting point, get an initial taste of SOLO as well as understand the learning resources and how they should be used.

Pupils quickly filled their multi structural circle but didn’t move on out; they moved onto the back. When pupils had covered each of the headings, I prompted them to have a go at relational and they found that now they had the knowledge, they could relate it to analysing texts but they still kept going back for more. Pupils were recognising the difference and the importance of learning new knowledge for themselves and being able to relate that knowledge to analysing texts.

Pupils were told that in their next lesson they would be asked to relate their new learning to a question. They were given a section of writing (some classes from Of Mice and Men, others The Hunger Games depending on what text we are studying). Individually, they were asked to relate their knowledge of GAP SPLITT to the author’s intentions.

The section of text was the same for every pupil but the responses varied tremendously. Some pupils focussed on language and how the author had carefully chosen the adverbs to reflect the character’s personalities; others focussed on the structure of character’s sentences or the techniques that the author had used. Some pupils focussed on a single aspect of SPLITT like the language or techniques; others chose to look at language and techniques within their response. Pupils had taken control of what they learned the lesson previous and now they were using their knowledge (not mine) to engage with a text.

The envelopes remain static in my classroom. While analysing or writing their own texts, pupils are free to use the envelopes to continue to build their multistructural knowledge of tools for writing. GAP SPLITT will continue to support pupils’ understanding of texts and will help them to create texts of their own.

GAP SPLITT was created as a tool for supporting writing across the whole curriculum. 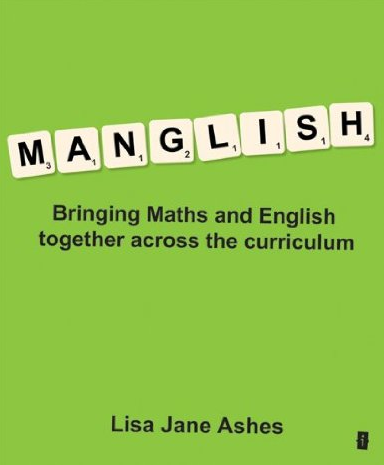 Differentiation by Task – A Story of Effective...

[…] in this way. Before Burt demonstrates his learning from this lesson, he is asked to turn to the GAP SPLITsupport document in his pupil planner. He will be demonstrating his understanding of favelas in a […]

[…] and how this allows readers to easily access their work. A standard planning structure is used EXAMPLE HERE and they take this template with them as they leave their English […]