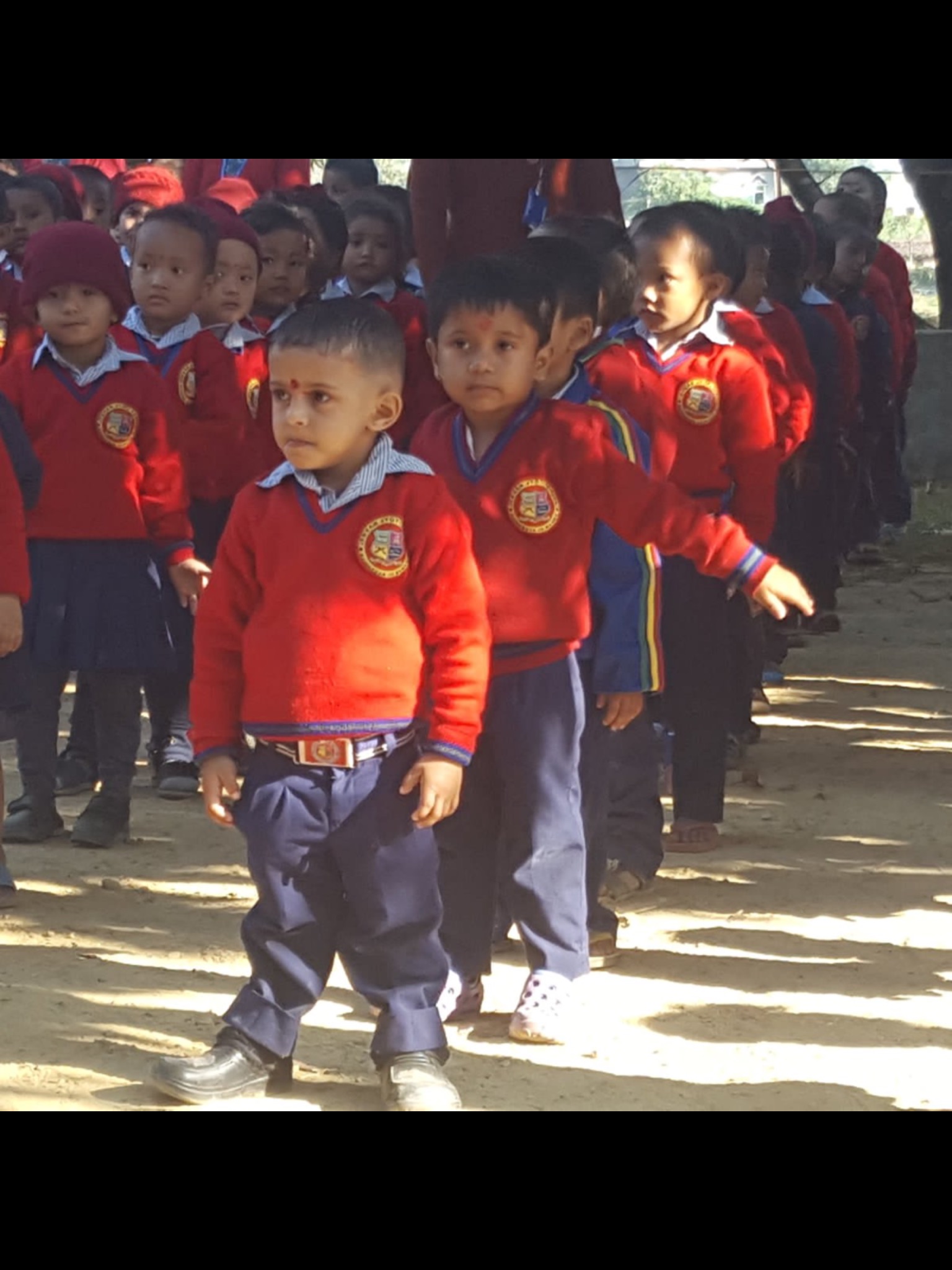 Big shoes are better than no shoes!

Nepal is a beautiful country, beautiful but poor. As you fly alongside the picturesque mountains, listening to the adventurous rich talk through the splendour of what they are about to experience on their trails, it’s difficult to conceive that amongst the beauty of the wild forests, misty peaks and winding rivers, there are villages that are barely surviving.

This is a country that is filled with division. Division between rich and poor; between faiths; between men and women and between communities (mainly through the lack of roads). Despite this segregation, a bright twinkle of hope shines through. That hope comes in the shape of a school – Jeevan Jyoti School.Born from the union of the charity Caritas and Lincs2Nepal, this place creates unity. Boys and girls come here in equal measures. Many girls are not schooled in Nepal as it is “a waste of time.” Hindu and Christian children are brought together; faith has no bearing on your eligibility to be admitted. The ‘rich’ are educated alongside the poor as Lincs2Nepal focus on getting the right sponsors on board.

If you sponsor a child through Lincs2Nepal, Garry (the founder) personally connects you to that child. We’ve all seen the adverts of snotty children, covered in flies and begging for our cash. It may only be the price of a bottle of wine but you are so bombarded with charity adverts, that you’re immune to the emotional stir it is supposed to create. Garry doesn’t want the emotional stir and one off payment at midnight after too many Stellas. Garry is interested in people who really want to BE A CHILD’S SPONSOR. To commit to that child as if it were your own; to write to that child regularly and keep that child in education until they are ready to enter the world of work – not just while they are cute. One such sponsor came with us on our trip.

As Sue awaited meeting the child she is taking through school, her emotions were visibly clear. Most children have a letter delivered to them each time Garry visits. This time, Garry delivered the sponsor! She sat with him through lessons and visited his home to learn more about his life. We walked to the local village to experience a tiny snippet of the life they live.

Walking through the local village with Garry was something else. I walked a few steps behind and watched as the school’s children flocked to him, “Garry! Garry!” They cried out, throwing their arms around him like a long lost relative. He’s not long lost. he has been out here so often since 2007 that he is a local. He has been giving his time for free, building homes and schools at a tremendous personal loss to himself. He is a bricky from Lincon. Nothing more. He’s not interested in publicity or fame. What he does comes from a place of pure love.

Love is in abundance over here. Father Jomon, the principal is a priest from India. He has left his home to help create this place and he is unlikely to return anytime soon. When he talks of his plans, passion overflows. If only you knew even a small part of the things he has done and will do for the school and its children. He wants to create a place that unites people in a broken landscape. The school is not perfect. The teachers are not yet perfectly trained. However, over the last three days, I have witnessed how much he is willing to fight to make that ‘perfection’ happen.

Father Jomon has raised money for the building of new classrooms. 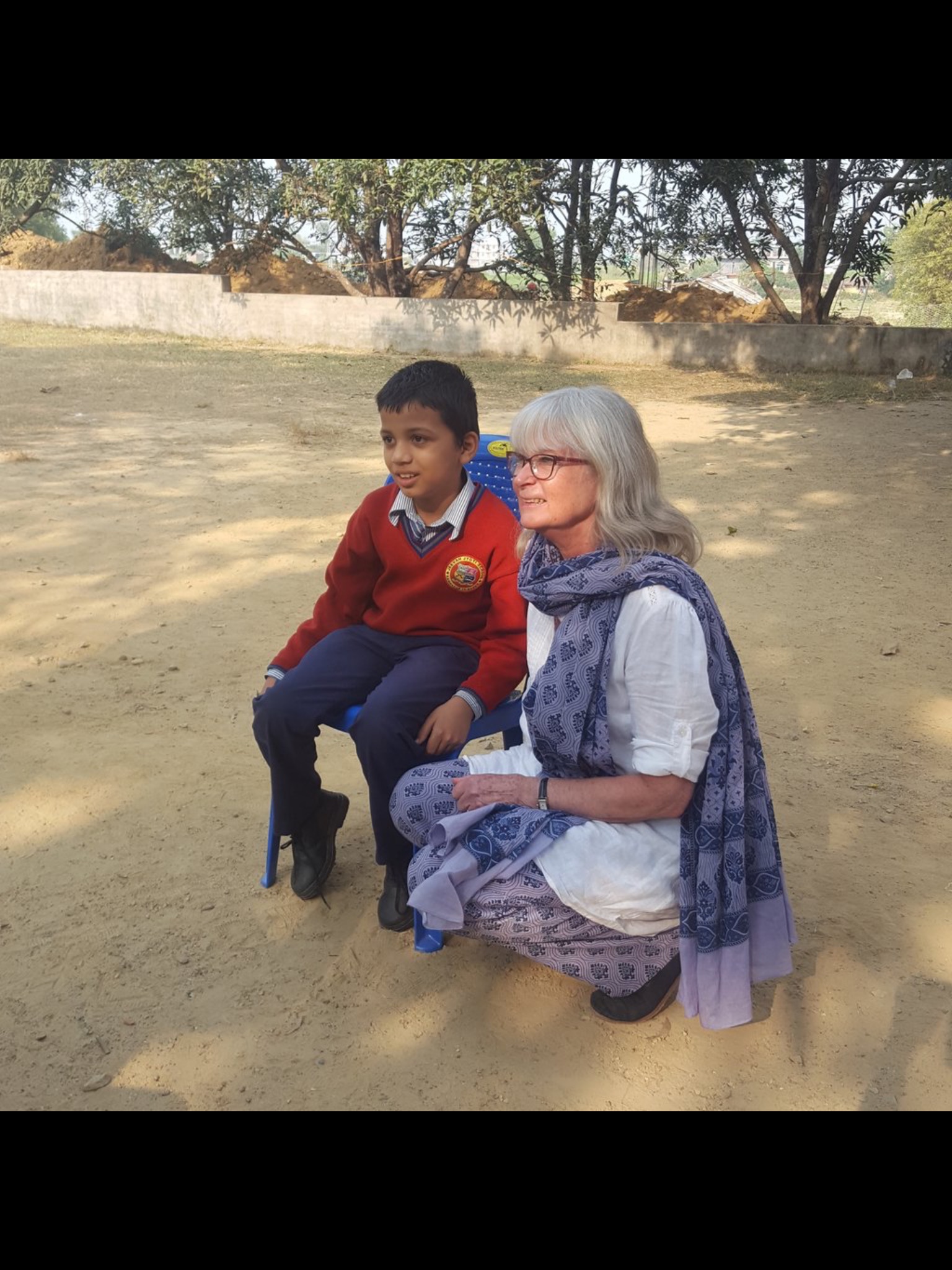 At our meeting tonight, Father Jomon told his teachers that he demanded to see them work together to create change. Why did he demand this? He didn’t say because he wanted Ofsted to see how well they were doing and give them an outstanding banner to stick outside school (thankfully they don’t exist here yet). He said because he loved them, he loved this place and he loved the children. Because it was the right thing to do. He told them that they had freedom to experiment with any methods if learning improved for the children. How many schools have a principal who says that and means it? Rich parents fight to have their children admitted to this school as it is undoubtedly one of the best in Nepal. I believe that Father Jomon will not rest until it is the best in the world.

Lincs2Nepal became the partner of the Caritas, built the building and brought in staff and students. Through community work, they taught the parents and children how to be clean to avoid illness and well behaved, ready to learn. Now the collaboration continues as Lincs2Nepal, through Isabella Wallace, have connected with WWEP. Isabella’s (Reach Out to Schools) charity had begun this work through Wendy Brown last year. Now that Reach Out to Schools, Independent Thinking’s Big I Foundation and WWEP are one, they work together to bring teacher training to places that cannot afford to do so themselves. Like Lincs2Nepal, it is a small charity, the amalgamation of small charities that all had the same agenda and became stronger together.

As with the work WWEP does in Ghana (and many other places) I am out here as part of an ongoing programme to improve education. This is not a one-off trip, intended to capture images of the poor and make you want to give up that bottle of wine (as if you would – you would still buy it even if you donated). This is about creating a sustainable development programme for education in the places where it is lacking and most needed. One week of training will not create a perfect school. Over time, they will hone their skills. That said, do not underestimate these teachers. You try looking after forty four 4 year olds between two teachers!

No two projects will ever be the same. No two schools are ever identical. One size never fits all! You must enter any new situation having researched extensively while, at the same time, remembering you know nothing. This school was never going to be like the schools in England, or even like those in Ghana. It is, as they all are, unique. In Ghana, WWEP are creating a team of advanced practitioners in the richer schools to support community schools who have nothing. In Nepal, the focus is on developing a community of teachers who continually ask the question, “How could learning in my lesson be better?” In both cases, the commitment is to enable the schools to become independent of support as they grow in knowledge and ability. Every school, whether in developing countries or countries like the UK, have a duty to educate children. What any school needs to do to improve will always be different from neighbouring schools near and far. What Lincs2Nepal and WWEP do best is find out the needs of the situation and serve.

Father Jomon explained to me that we are all here to serve. We “educate the human first” and the human decides his or her own path. That path, although it often feels long and tiresome, is a very short journey when you get to the end of it. People like Father Jomon, Garry and the WWEP trustees understand that. They couldn’t give a shit about making their fortune. They see a need and find a way to serve so that need is fulfilled. People have no homes after an earthquake – build them homes. The cast system is leaving children with little chance – break it down through schooling. Village children are unwell and unclean – teach their parents to clean them so that there is no difference between rich and poor in school and they become well enough to attend. “See a need – fill a need” (I think that’s a quote from Robots) These people are role models.

Today I took part in a lesson where the students were learning about ways to be a great human being. Not one child stated that you should become rich or famous to achieve greatness. They explained that helpful, kind, generous and humble people are the greatest because they serve others before themselves. I believe their role models led them to this answer. What would your pupils say?

Development of Research into Professional Practice